The Certus Flex is well suited for assay development and enzymology 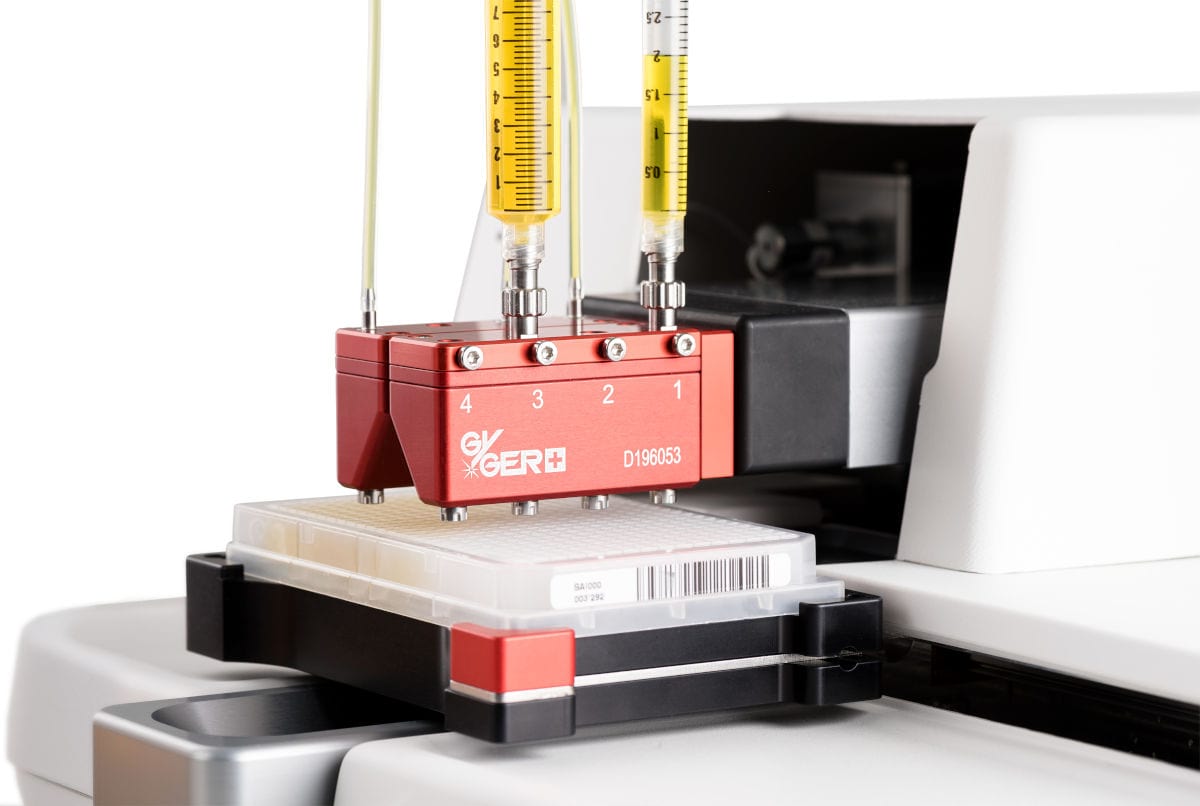 The CERTUS FLEX liquid dispenser has been thoroughly evaluated by scientists of a Swiss biotechnology and pharmaceutical company for assay development and enzymology. Unlike other dispensers, the CERTUS FLEX allowed them to perform multidimensional experiments with several components in a 1536-well format.
The device has proven its precision & accuracy even at low volumes and demonstrated minimal reagent usage due to its low dead volumes.
Overall, these scientists believe the CERTUS FLEX is a precise liquid dispenser with flexible software enabling the creation of concentration gradients in 1536-well format by dispensing variable volumes and backfilling.

For more information or a demonstration.